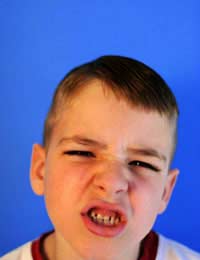 This is a subject that many parents tend to shy away from – be it because they have suffered at the hands of bullies themselves during their own schooling – or because they tend not to want to believe it can happen in their child’s school.

Unfortunately – as is becoming painfully obvious nowadays – the issue of bullying is one that will not simply go away and requires both parents and teachers alike to understand it and be able to spot the signs of it before it reaches an unacceptable and dangerous level.

Within the school environment there are now moves to ban the use – and indeed the possession – of mobile telephones during school hours and also restrictions placed on what access children have to the Internet whilst at school.

Likewise it is worth mentioning that although a lot of instances of bullying go unreported they are not perhaps as isolated as we might think and we as parents also have to play our part in what our children do and have access to. Of course no parent wants to consider the possibility that their child is either a bully or on the receiving end of a bully’s unwanted attention but the fact remains that it does happen and we must – as both parents and teachers – do all we can to ensure that bullying at whatever level is prevents before it reaches proportions which can leave our children in a highly emotional and deeply distressed state.

As a parent you can contact your child’s school and ask them for details on their anti-bullying policies or speak with the school’s Parent Teacher Association.

What Parents can do to Prevent Bullying

How Bullying is Dealt With

What is Cyber Bullying?

Signs your Child is being Bullied
Share Your Story, Join the Discussion or Seek Advice..
bullying is very bad it can get children from bieng themselves to being scared twenty-four seven its very scary. I was bullied once but i over came my fear when i was 11. hopefully you can too
crystal - 18-Nov-13 @ 3:04 PM
And so do parents - bully, that is.In fact, many children who bully learn this behavior at home.I'd love to see a group of teachers get together and show up at a parent's home, to confront the source of this behavior.
concerned - 11-Jul-12 @ 3:26 AM
Teachers bully too. My child came home with some examples of the terrible things her teacher was saying to other pupils. She made jokes about pupil's writing, weight and even their siblings and parents. A few of the parents got together and went in to have a quiet word with the head. Because there were a few people it meant there was no comeback with the teacher and she was dealt with somehow. Not sure what the head did, butit stopped.Try gettting some other parents onside.
Snottyteacher - 28-May-12 @ 7:44 PM
Title:
(never shown)
Firstname:
(never shown)
Surname:
(never shown)
Email:
(never shown)
Nickname:
(shown)
Comment:
Validate: