Home > Bullying In Schools > How Bullying is Dealt With

How Bullying is Dealt With 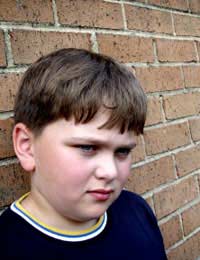 Nowadays most parents and teachers are aware of what can only be described as the growing problem of bullying in our schools. No one likes the idea that their child might be being bullied, or indeed might be the bully, and therefore schools have a duty of care to their students be they nursery, primary or secondary school level educated.

It is a concern among teachers and parents that the trend of bullying has taken a turn in a different direction with the advent of mobile telephones and the Internet and therefore steps have been taken to ensure that everyone’s child is given the same care and attention and guidance through what can be a very traumatic time.

Here are some of the ways in which schools are now dealing with the problem of bullying:

It is important to remember that whilst schools do as much as they can to cut down the instances of bullying that they can not eradicate the problem and therefore much more investment in both financial and resource terms is necessary.

Whilst every effort is made to ensure that your child’s school is as safe and secure as possible there are instances when the bullying goes unnoticed. Therefore schools are also trying to educate parents on the subject of bullying and indeed trying to show them how to spot the signs of bullying in their own children, something which no parents wants to have to do, but which every parent should be able to if the need arises.

What Parents can do to Prevent Bullying

What is Cyber Bullying?

Signs your Child is being Bullied
Share Your Story, Join the Discussion or Seek Advice..
hi, my name is sky, 12 in 6th grade. im in school m.s 89, and alot of people fight their and i get scared if i ever have a fight their. Alot of ppl hate me for my personality and style...im not mean idk how to violate i just need help with people to stop bullying me!
Sky - 11-Jun-14 @ 9:28 PM
Title:
(never shown)
Firstname:
(never shown)
Surname:
(never shown)
Email:
(never shown)
Nickname:
(shown)
Comment:
Validate: