Home > Pre-schools > Should You Move Your Child to a Different School? 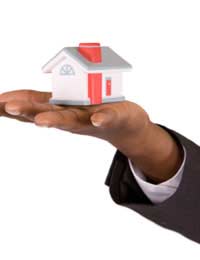 Some children spend only a short time at a school because their parents change jobs on a regular basis and obviously the move is unavoidable. If you do have a choice about moving them, however, then you should consider the decision carefully.

The first thing to bear in mind is that younger children in particular can be extremely fickle about school – and their playmates. One day they have best friends and the next they’ve had a falling out and don’t want to go to school.

Sometimes, a child has been happy at a school but then changes classes and starts feigning sickness to avoid going. Often, this is because they’re missing the familiarity of their last teacher – and they will probably settle given a little time.

In some schools, they “mix up” classes as children progress through the school and sometimes the problem is that their close friends have now gone into a different class. Again, chances are that given a little time they will find new friends to play with so don’t take any decisions about moving to a new school until at least the end of the first term.

Bullying is one of the most common reason for parents deciding to change schools – but quite often, moving your child is not the answer. If your child is timid (or possibly a little different from others) then they could be the target of bullies at their next school too.

The best course of action is to get in touch with your current school and explain that your child is being bullied and is unhappy. Most schools have a policy to deal with bullying and would always want to be told about the problem. If the problem is a teacher – for example if your child says she’s afraid of the teacher – then make an appointment to discuss the situation with the school. Lots of teachers shout – but some children find it frightening.

It may be that you want to move your child because they aren't making good progress and you think they'll do better at another school. This might well be the case - but you should speak to the school before making any decision.

It could be that the problem lies with your child, rather than the school in which case you will be putting them through the trauma of a new school for no good reason.

Children can be affected by all sorts of things such as tension at home, bereavement or simply laziness! Sometimes they sit next to a friend and are distracted - in which case the simple remedy is for the teacher to move them to different tables.

If a change of school is unavoidable, then do all you can to make sure your child doesn’t find the move too distressing.

When a child is moving to another school in the same area for personal reasons, then try to find another child of the same age who already attends the school. Arrange for them to meet up or go to the park together so there’s at least one familiar face when they go there.

If your child is upset about moving to a school a long way off, then give them the opportunity to tell you about their feelings. Invariably if they have close friends at their current school, they will ask how soon it will be before they see them again.

If you can travel back within a few weeks or so – even if it’s quite a long journey – then reassure your child that they will be seeing their friends again. (Hopefully by then they will have already settled and made new friends – but if you tell them before the move that they can’t come back, they are likely to be very upset.)

Of course, if you are moving abroad then it’s difficult to promise a return visit in the near future – but maybe you could suggest keeping in touch by letter and postcards. If they are old enough to use the telephone or email, then make sure they swap details with their friends so they can keep in touch. You could also consider getting a webcam so they can ‘see’ their friends whenever they like.