How the National Curriculum is Delivered 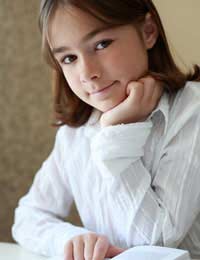 The National Curriculum and those responsible for its teachings have a duty of care to our children and as such there are certain things that must happen in order for the Curriculum to be delivered to a particular standard. Ofsted the governing body for education in the United Kingdom has issued what it calls a ‘statement of inclusion’; this is the standard to which the curriculum in the United Kingdom should be taught and met by all schools under its umbrella. This is worked fundamentally on three guiding principles: Setting suitable learning challenges responding to pupils; individual learning needs and overcoming potential barriers in the learning process of any child or group of children under its care. In short this amounts to Who, Why and How?

Teachers themselves are under immense scrutiny now to provide an effective program of learning, which should stimulate their students, inform their students and help their students become familiar and confident with the subjects they are studying. This can be done in many different ways but for the most part it is broken down into creating effective learning environments, securing motivation and concentration, providing equality of opportunity through teacher’s approaches, assessing pupils’ abilities and progress and setting specific targets for your child’s learning and development. Although this sounds like a long winded approach to the teaching of your child, it is actually designed solely with the needs and abilities of all children undertaking study in the United Kingdom schooling system.

Methods of Teaching the Curriculum

Sometimes we as parents fail to understand exactly the means required to teach our children effectively in a particular subject. In particular with the National Curriculum now having evolved to such an extent whereby it embraces not only the cultures of Great Britain – but also the cultures of other countries and religions – this is quite an undertaking.

We may consider the old days of teaching, where a teacher stood at the front of a classroom and worked through a lesson using a blackboard, as being the best way, but sadly in today’s environment and given recent advances in understanding child psychology, it is no longer the most effective teaching method. Teaching now has to involve the children and excite them and also has to take into consideration that the learning capacity of each child is different; whereas one child might take to a subject quickly and become proficient in it, another child will take slightly longer, and so on and so forth.

The curriculum now encompasses many advances in modern technology, the most notable being the computer, which has become as much a part of everyday school life as the pen and pencil. Obviously ICT – or Computer Studies as it used to be known – is the most notable case in point but other subjects now embrace computers and the Internet as both resource and tool alike. English now involves using computers to a greater extent and it is taken as a given that all of your child’s coursework will now be typed or word processed and will include any information gleaned from the Internet should it be needed. Teachers actively encourage this as it can instil in your child a more personal sense of achievement than would be felt if they simply had the information provided.

Also, as resources are not at the premium they once were the Internet has become a more cost effective solution than textbooks. Field trips, excursions and visits from outsourced personnel also go some way to delivering a more balanced curriculum than has been available in the past.

Additional Benefits to the National Curriculum

In addition to the obvious benefits of computers etc the National Curriculum also caters for those people who have special needs requirements within the schooling system or for individuals who practice a particular religion. In days gone by it was a requirement that all children conformed to a set dress code, and for individuals who perhaps dressed differently because of a religious belief, they were not catered for and as such were left to feel ostracised and segregated from their mainstream counterparts.

But with advances in the National Curriculum now far outstretching anything anyone had ever originally envisaged, no child is left out of the proverbial loop and irrespective of creed, colour or denomination they can participate in subjects which may have been before unavailable to them.

What is the National Curriculum?