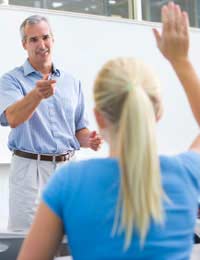 The question as to whether to educate your children in a single sex or mixed school can be a sticking point for some families. Sometimes parents are keen for their children to have a single-sex education, but (especially older) children are equally as keen to use their school day time to meet friends of the opposite sex.

There are more single-sex Private Schools than state maintained schools - most of these are co-educational. Every year when the league tables of exam results frequently show that girls perform better, the debate about the relative benefits and drawbacks of educating children - especially girls - erupts. This article will take a look at the issues you might want to consider.

The Benefits of Single Sex Schools

A single sex education might also lead students to be less embarrassed about potentially gender-orientated decisions - females might be keener to study maths, for example, or males to study art. Learning differences are also well known to differ between female and male students, so these differences might be exploited for positive effects in single sex schools.

The Drawbacks of Single Sex Schools

Some critics of single sex schooling claim that the environment of these schools is artificial and hinders students’ development of social skills. The teenage years are known for being important periods of development and those who oppose single sex schools believe that this type of education makes it harder for children to naturally relate to members of the opposite sex.

Another argument made against single sex schools is that they do not help children to get ready for 'real life' and the 'real world' where, of course, the two genders do co-exist. The same argument is cited with regard to universities and the workplace - opponents to single sex schools believe that mixed schools better prepare students for university and work life.

The Benefits of Mixed Schools

Some evidence has suggested that boys in mixed schools performed better academically, as they are encouraged not to 'mess around' by their more responsible female classmates - but obviously this is a generalisation and might prove different in specific schools and even in particular classrooms. Some proponents of mixed schools claim these schools have a better atmosphere, since they are neither too 'bitchy', as can occur when a group of girls are working and studying together, not too aggressive, which can occur when boys are exclusively working and studying together.

There is some research that reports that girls do better in single sex schools - so for girls attending mixed schools, this may be a disadvantage. However, obviously this again depends on the personal nature of each individual student.

What to Read Next...

Getting an Academic Place at a State Secondary School
Share Your Story, Join the Discussion or Seek Advice..
[Add a Comment]
i go a girls only school an its stupid because they only care about clever kids anyways o it wouldldnt matter about the gender of the school as they would still focus mostly on brighter students but i believe if there were boys in my school it would be evened out and everything
snazzy azzi - 2-Apr-19 @ 9:17 AM
I'm studying in single-gender school about 4 years. True, I had some uncomfortabelity with boys when I was in 7-9 grades. But after some competitions with boys I'm not so shy now. What I want to say that shynes is dependent on person, even girls which are studying with boys also have shynes.
violet - 27-May-18 @ 5:19 AM
Mixed secondary school!!!! Not makeover died ???? sorry
Km - 5-Dec-17 @ 6:13 PM
My daughter currently from girls school..We thinking of putting her in mixed sec school..Is ter any disadvantage?
Boii - 28-Nov-17 @ 4:30 PM
I think mixed schools are better because even in the Bible God said "man shall not live alone" so both boys and girls should stay together,to enhance better learning
somtoo peter - 13-Mar-17 @ 7:21 PM
Of course mixed schools are better! Unfortunately I live in a Islamic country and you can't find any mixed schools here! Most of boys are too sensitive about girls and most of girls don't like to be with them... Mixed are much better...
Sir Soheil - 19-Jan-17 @ 4:26 PM
i prefer mixed school becouse it makes the boys to compete each other for the beautiful girl and also vise verser
kericho - 3-Aug-16 @ 6:55 PM
it al depend on the individual. I prefer mixed school 4the help and readinessfor feature. God be our helper amen.
Wizbrown - 28-Sep-15 @ 10:29 AM
it is wise to re-search first before you do things. i once attended a mixed school and i did not feel welcomed in the school the people bulled,girls with no respect and had no love and warmth. people would talk about you, your own friendz. it was a mass and the bathrooms i would not say. to cut the story short , i found my self in a bad space that i had no friendz, i had to set alone everyday and eat alone. which was sad. but i thank my self for living that school any way. althought the accademics were very good. ithen went to a place were i could be happy and welcomed.and i am doing well in my single gender school.
snazzy - 7-Jul-15 @ 9:28 PM
In my view single sex better for girls but mix school better for boy therefore If you have girl or boy your choose difference.
ana - 8-Jun-15 @ 10:15 AM
honestly it all depends on the child. if the child is capable of getting distracted easily by the opposite sex then a single sex school is obviously best for them because it will cause less distractions and the child is then able to focus more on hi/her education and get higher grades. it is also proven that the opposite sex can get rather embarresed if they like a certain subject that the opposite sex likes. This may then hinder their education because they are to scred of what the other gender may think and how they may react.
bobbie.n.harris - 11-May-15 @ 12:45 PM
Biblically, women were created to be a companion of a man. So, I see no reason why we should seperate nature by discriminating the co-habilitation of boys and girls.
Bibi - 7-May-15 @ 11:37 AM
mixed schools are better than single sex schools because it makes the genders to compete among each other
witty perry - 23-Apr-15 @ 11:30 PM
in my view of mixed school we can learn about our opposites sex and we can take their attraction special y,we can remove our bad feelings from then and can grow brotherhood
pakaya - 13-Mar-15 @ 2:44 PM
I would rather supports mixed schools due to the fact that in mixed schools the level of competition is so high that the girls would want to prove that they can outwit the boys
feliz94 - 5-Mar-15 @ 6:03 PM
I prefer single sex for girls because they are at that stage where they are getting breasts and boys will make fun however single sex you cant really cause you all have the same bibs and bobs ;-)
Sarah - 8-Oct-14 @ 4:52 PM
With my level of academy mixed schools is more than unmixed..thanks
denanboy - 23-Mar-13 @ 10:35 AM
I attend a mixed gender school. And can say the boys tend to become distractions. sometimes i find myself making sure i am alwaysbeing sure i am attractive in thier eyes. why? its apart of our nature to be attracted to the opposite sex. however if we are separated we all can function properly because boys do the same thing. and thats my 5 cents
100% realist - 10-Feb-13 @ 11:49 PM
if the the boys and girls both will study together, i believe, that students may be more inclined to experience relationships with the opposite sex earlier if they are studying alongside them.
mrs.styles - 26-Jan-13 @ 6:48 PM
I attended a single-sexed all girls schools, and it was so much more relaxed, with numerous over-rising benefits. Girls could actually concentrate on what mattered- their education and exam results, rather than the idiocy of teenage boys...
cem - 6-Sep-11 @ 7:33 PM
its better to be in a mixed shool
princess meg - 8-Jun-11 @ 4:30 PM
Title:
(never shown)
Firstname:
(never shown)
Surname:
(never shown)
Email:
(never shown)
Nickname:
(shown)
Comment:
Validate: