Home > Applying for Schools > Should Your Child's Friends Influence Your School Choice? 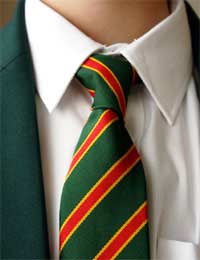 When university lecturer Kim Miller began thinking about secondary school for her daughter Jesse, like most parents she wanted the best school possible. The local state secondary had poor test results, so Kim decided her daughter would try to get a music place at a better comprehensive in another London borough.

Jesse was successful, and Kim was delighted. Her daughter, however, was not so happy.

“Jesse kept complaining that she’d be separated from most of her primary school friends, as she was the only child from our area going to this comprehensive,” says Kim.

“I explained to her that she’d make new friends and that the quality of the school was the most important thing, but Jesse wasn’t convinced. At one point she broke down in tears, calling me a 'bad mother' and saying that I never cared about her feelings.”

Children often judge a school by the quality – and quantity - of friends they make while they are there. And while having good friends is an important part of a child’s school experience, how important are these friendships? And should we choose a school based on whether or not our children’s good friends plan to attend – or not?

Choosing a secondary school where your child will be separated from his or her primary school friends is often a difficult decision, and often a heart-breaking one. But most experts say that choosing a school based mainly on whether or not your child’s friends are attending is not the way forward.

Many children do not maintain the friendships they have at primary school into secondary school, they say, and they're probably right. Keep in mind that it’s unrealistic to think the friends your child has at age 10 will be the same friend at age 16, so choosing a school based on current friends attending could be meaningless.

Choosing to separate your child from childhood friends can be hard on a child, so it's a very individual decision that should be discussed at length, taking your child's opinions into consideration. Some children are adaptable and make new friends easily, while others take ages to meet new children, let alone be on friendly terms with them. This could play a role in what you decide.

All children are different, and what is right for one child may not be suitable for another. While there are no strict rules, one thing is clear: parents and children should reach a decision together.

What secondary school you choose is up to you – and your child. In fact, experts say that allowing your child to have at least some voice in the choice of school can lead to happier consequences in future. If, however, you do choose to send your child to a secondary school where he or she knows nobody, there are helpful things you can do to make the transition that little bit easier…

Choosing the right secondary school for your child is a decision that is fraught with difficulty, and nobody ever said it would be easy. The most important thing is that you and your child work together to find a place that is right for them, based on a wide base of different factors.

While choice of school is important, in the long run it is the parents who make the biggest difference in a child’s academic career. Make sure your son or daughter know you are doing what is best for them when you work together on choosing a secondary school, and be supportive when they need your support. Ultimately, it’s your child’s attitude and behaviour while at school that count more than the school itself.

Jesse has now been attending school for six weeks, and while she’s made new friends she still misses her old ones. “We’ve really tried to encourage her to keep in touch with everyone, and her best friend still comes over a lot. We’ve also tried to introduce her new friends to her old ones, with mixed results,” says Kim.

“The transition to secondary school is a hard one anyway, and going to a different school from her friends has made it even harder on Jesse. But in the long run, I think even Jesse will be glad that she’s in such a good school.”

Getting an Academic Place at a State Secondary School